Today 100 Days of Women in Film puts the spotlight on the career of American film director, screenwriter and producer Tina Mabry. 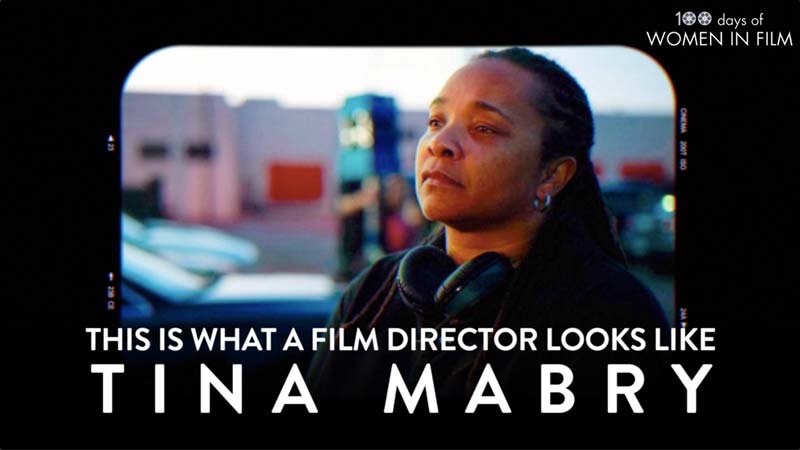 Mabry’s first breakthrough was the screenplay for the film Itty Bitty Titty Committee, a feminist lesbian comedy directed by Jamie Babbit. The film had its world premiere at the Berlin Film Festival in 2007 and was nominated for a Teddy Award for Best Feature.

In the years 1986 and 1998 three black children living in Mississippi deal with poverty, violence and abuse. Young Kari the main character, is a talented pianist who hopes to pursue a career in it one day. Her sister Leigh is struggling to hide her lesbian relationship with her girlfriend, Paula. Their cousin Sammy, is a star basketball player. Each child deals with their dysfunctional family, including gambling, alcoholism, and poverty.

The trailer of Mississippi Damned (2009)

What happened following the festival run of Mississippi Damned is emblematic of the experiences of many female directors (struggles that are captured in Amy Adrion’s powerful documentary Half the Picture – which also features an interview with Mabry).

Mississippi Damned was a festival darling: it won top prizes at the Chicago International Film Festival (Best Film, Best Screenplay, Best Supporting Actress), at the Philadelphia Film Festival (Jury Award for Best American Independent Film), at Outfest (Grand Jury Award, Outstanding US Dramatic Feature), and at the Atlanta Film Festival (Special Jury Award, Narrative Breakthrough; 2009), amongst many others. And yet, despite its many awards, the film failed to secure theatrical distribution.

In 2011, the film finally premiered on the cable network Showtime, and in 2015, Ava DuVernay‘s distribution company ARRAY secured distribution for it through Netflix.

In an interview with Shereen Kassam, Tina Mabry spoke of the importance of learning to handle rejections – especially in creative professions:

Be able to accept rejection. You’re going to get nothing but “no”. And it doesn’t matter all the “no’s” you get. It’s the one “yes” that you get. That’s what’s important. I applied to four film schools. I got rejected from three of them. I had no idea about USC and that was the one I happened to get into. But I moved out here without knowing that. And you know, all it took was one “yes.” It’s like I may not have had any kind of thing going in my career but Ava DuVernay said “yes” for Queen Sugar.

From Queen Sugar to Queen of the South

In 2015, Ava DuVernay hired Mabry to write, produce and direct on the OWN series Queen Sugar.

This gig opened many doors, leading Mabry to direct episodes for TV shows such as Dear White People, Queen of the South, HBO’s Insecure and Pose.

Mabry is passionate about representation. In 2004, speaking about the low numbers of female directors in the DGA (the Directors Guild of America), Mabry said:

That means that I have to make sure I’m not beholden to tell stories that I want to tell, but also the stories of all the other women that have stories to tell but they aren’t given the opportunity. And then how do we open that door to make sure they can tell that story from their point of view.

In 2018, a friend of Tina Mabry’s supported my Bonfire t-shirt campaign for “This Is What a Film Director Looks Like” and gifted her two t-shirts. Mabry posted on her Instagram this photo, with this caption – which made MY MONTH:

On my way to be interviewed for a documentary and when deciding what my wardrobe would be for the interview I was inspired to wear one of my new shirts from Elena Rossini. (Thank you @sonrisalibre for getting these for me). Check out Elena, a filmmaker, producer and activist. Her mission is to empower women and girls! Thanks for seeing me Elena, I see you right back! 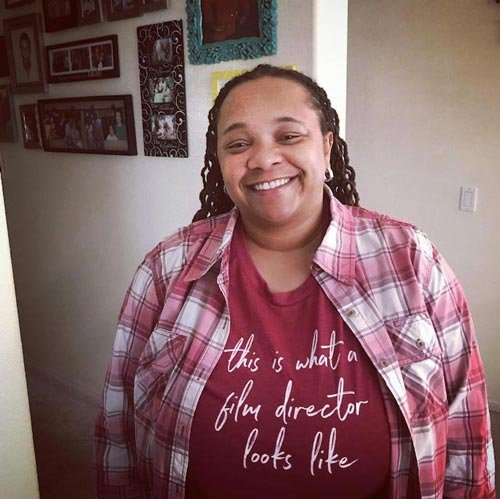