On Saturday the entertainment world was rocked by a sad news announcement: beloved film and TV director Lynn Shelton had passed away suddenly at the age of 54.

This morning I listened to the heartbreaking podcast by her boyfriend – standup comedian, actor and podcaster Marc Maron – who shared the news about her sudden passing and replayed his first interview / encounter with Shelton.

Today I’d like to pay tribute to her work. Even though she was not a household name, Lynn Shelton’s career was a thing of marvel: she perfectly encapsulates my mission for this project, shedding light on unsung heroines of cinema and TV. 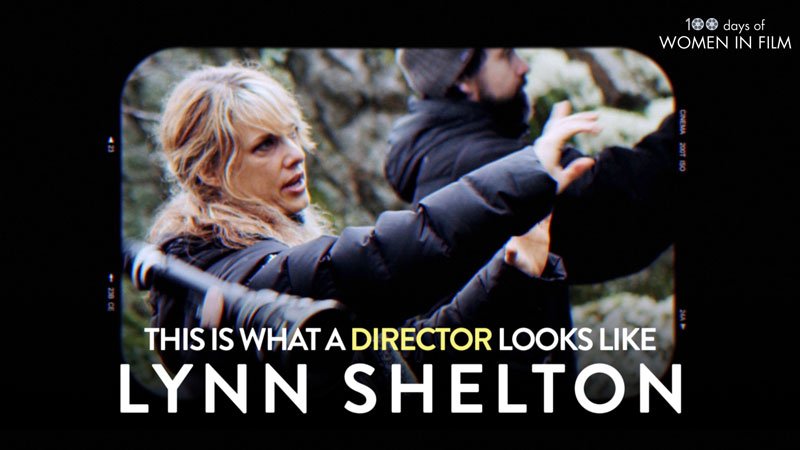 Shelton began her career working as an film editor.

Shelton had wanted to be a director, but was worried that being in her mid-30s, it was too late to begin. When she saw French director Claire Denis speak at Seattle’s Northwest Film Forum in 2003, Denis revealed she was 40 when she directed her first feature film, and that revelation made Shelton realize that she still had plenty of time.

Shelton went on to direct 9 feature-length independent films and many TV episodes for popular series like Mad Men, New Girl, The Mindy Project, Master of None, The Good Place, Fresh Off The Boat, Love, GLOW, The Morning Show, and most recently, Little Fires Everywhere.

In addition to writing and directing, Shelton also occasionally served as camera operator, cinematographer and editor on her independent films. I can’t stress how rare this is in the industry.

Humpday tells the story of two heterosexual male friends who, on a dare, decide to make a gay pornographic film as an “art project” and submit it to a film festival. The film received a “Special Jury Prize for Spirit of Independence” at the 2009 Sundance Film Festival and won Shelton the “John Cassavetes Award” and the Best Director award at the Gijón International Film Festival.

Duplass went on to star in Shelton’s following independent feature: Your Sister’s Sister alongside Emily Blunt and Rosemarie DeWitt.

Depending on the country you live in, you may be able to find Your Sister’s Sister on Netflix or Amazon Prime. Here is the trailer for the film – I would advise you to watch only the beginning, because the clip manages to give away the whole film:

The piece is full of gems:

Her first day on the Seattle set of the comedy “Laggies,” Keira Knightley noticed something unusual about her director, Lynn Shelton: She knew all the grips’ names.

“Most directors are like generals or dictators, because it is like an army that’s underneath them,” Knightley says. “But there was no hierarchy. Lynn didn’t just know everybody’s name, she knew their partner’s name, their kid’s name, their kid’s school. It was so chill. You felt like you could make a mistake and it would be OK.”

“I self-generated my work, and I never went around asking permission to make it,” Shelton says over coffee. “The main reason women make inroads in independent film is that no one has to say, ‘I pick you.’ I’m not pounding on anybody’s door. I’m just making my own way. You can buy a camera for $1,500. It’s insane how easy it is to make a movie. You can make mistakes and throw it under the rug and keep going. You’re not dependent on other people allowing you to do it.”

IMDb paid tribute to Lynn Shelton with this video: