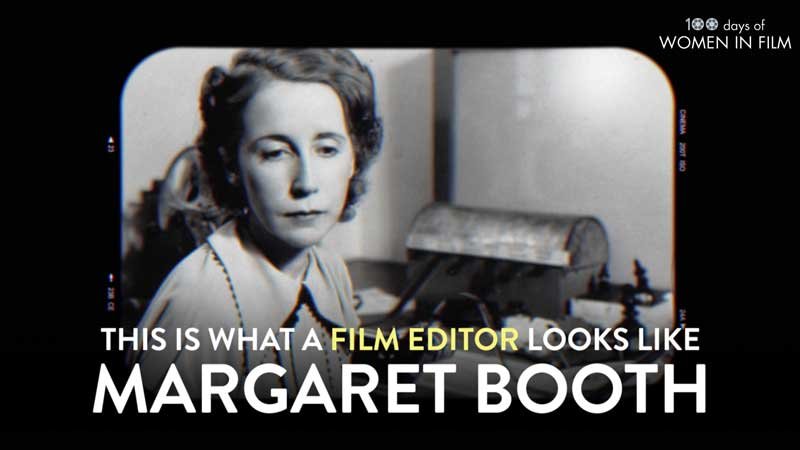 Hello and welcome back to #100DaysofWomeninFilm!

When I first set out to do this project, I had two goals in mind: first, to put the spotlight on and celebrate the work of inspiring women in film. Female artists have long been overlooked by our popular culture. This was also the impetus behind my GIPHY series #ThisIsWhataFilmDirectorLooksLike and #ThisIsWhataCinematographerLooksLike: since September 2017, I have made over 200 animated GIFs of female directors and DPs. It would have been easy to combine #100DaysofWomeninFilm with my GIPHY projects, doing a crossover. But I like challenges and learning new things. The second reason behind this project is that I wanted an excuse to do research and uncover the stories of women in film that I am not familiar with… especially pioneers and talented women forgotten by film history and our popular culture. So here we are: my pick for day 3 of #100DaysofWomeninFilm. Following the second motivating factor, I wanted to find someone influential I was not familiar with. So I picked up Alicia Malone’s superb book Backwards & In Heels: The Past, Present and Future of Women Working In Film for inspiration. This is how I came across Margaret Booth, “the first film editor.” 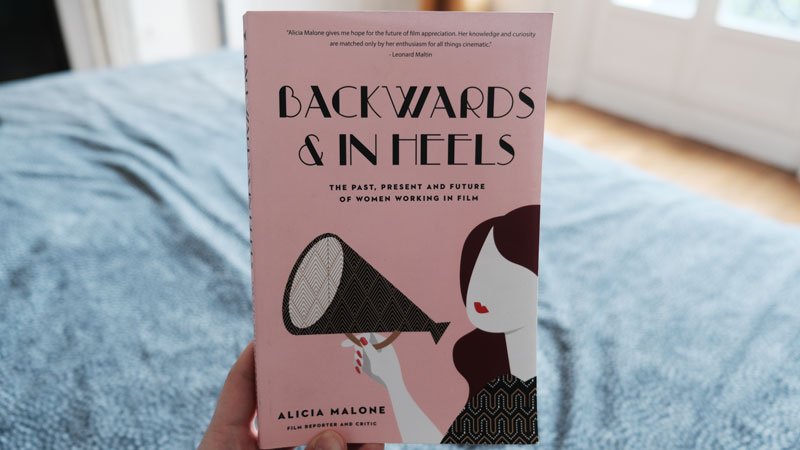 I spend over 8 hours a day editing films – commercial films, product demos, and my own film projects – and I can’t believe, as a feminist female filmmaker, I didn’t know who Margaret Booth was. SHE IS INCREDIBLE. So much so I had to restrain myself from writing this whole post in CAPS. I’m so impressed by her story!

Malone explains in her book,

Margaret’s career in Hollywood spanned seven decades. She was there at the birth of editing itself, when the process involved cutting film with scissors. She worked during the transition of silent film to sound, from black and white to color, and from studio system to New Hollywood. She was the great woman behind the great men, working with D. W. Griffith, Louis B. Mayer, and Irving Thalberg. She was also the first person to be titled Film Editor.

To put her legacy in perspective – and her contributions to cinema have been colossal – she was a true pioneer in the field of editing. The British newspaper The Guardian wrote this in her obituary:

She was a pioneer of the classic editing style, the so-called “invisible cutting”, the aim of which was to make the transition from one image to another as seamless as possible, so the audience was almost unaware of the flow of shots within a sequence. Narrative was dominant, maintaining a continuity of time and space, and matching cuts to action.

Irving Thalberg realized the title of Cutter didn’t live up to how important Margaret Booth was, so he changed her title in the credits to Film Editor. Previously, the term of Editor was only used for a position like Script Supervisor, but after this, it was adopted by the entire film industry. It was also used for the Academy Awards, who added a Best Film Editing category in 1935.

Booth eventually moved from editing films to working as Supervising Editor, responsible for the post-production of films like The Wizard of Oz, Funny Girl, Gigi, The Sunshine Boys, The Way We Were and Annie.

Booth was nominated for a Best Editing Oscar in 1936 for the film Mutiny on the Bounty. She was awarded an honorary Oscar in 1978 for “her exceptional contribution to the art of film editing in the motion picture industry.”

I’m so impressed by her, I made her a GIF! Check it out on my GIPHY channel – and feel free to re-use it.