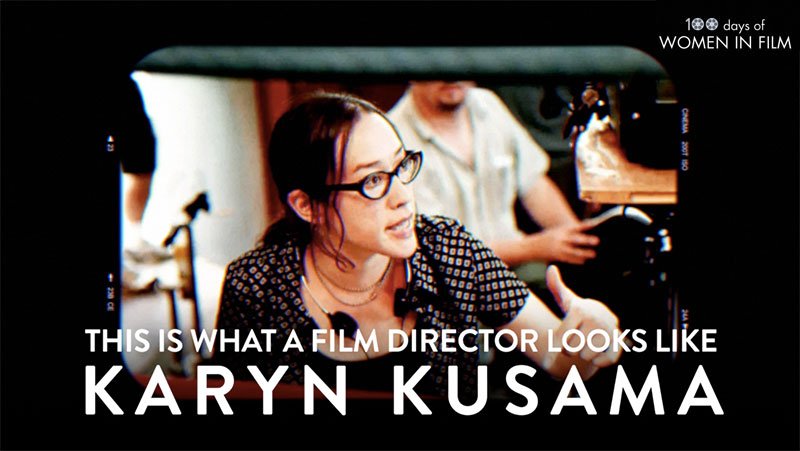 Kusama has built an impressive body of work thus far, working in both cinema and television.

Speaking at the 2016 Athena Film Festival, Kusama talked about what motivated her to become a film director – and why she is passionate about representation:

I always sort of knew I wanted to be a filmmaker. I always had a sense that I wanted to be a director. Though I will mention that I knew for myself I wanted to be a director because of a formative high school year. I would say [I was] 14, 15 [and] in a single year I saw Martha Coolidge’s Valley Girl and Amy Heckerling’s Fast time at Ridgemont High. And both of those films sort of cut against the grain of what I expected a female filmmaker to make. And I have to be honest, I wasn’t even aware of the job of director until I noticed these women’s names.

And so this is why this ongoing conversation about representation and diversity… It is still so important to see yourself represented up on screen, whether it’s the creators or the actors or the storylines. You have to start seeing yourself in order to imagine that it’s a world you can be in.

Kusama’s first feature-length film is Girlfight (2000), which she wrote and directed, and for which she struggled to get financing. Kusama is a true champion of diversity and representation and one of the reasons why she could not secure funding for her first film is that she insisted it would star a Latina actress in the lead role. Production companies tried to convince Kusama to cast a Caucasian actress instead, arguing she would be more “appealing” and “relatable” but Kusama stood her ground. The film’s 1 million dollar budget was eventually funded by John Sayles, Maggie Renzi and the Independent Film Channel. Michelle Rodriguez was cast in the lead, in her first acting role. The film ended up putting both Kusama and Rodriguez on the map, winning numerous awards: the Director’s Prize and the Grand Jury Prize at the Sundance Film Festival, as well as the Prix de la Jeunesse at the Cannes Film Festival.

Kusama’s second film – Aeon Flux (2005)– was produced under completely different circumstances. It was Kusama’s first studio film, it starred Charlize Theron and had a 62 million dollar budget – a rarity for female directors. Unfortunately the experience was not a positive one for Kusama: she did not have final cut and Aeon Flux was re-cut and re-worked, moving away from her original vision. It would eventually earn 52 million dollars at the box office, under the original budget and receive mixed reviews by critics. From this moment forward, Kusama would always insist to have final cut.

My favorite film by Kusama is actually her 4th: The Invitation (2015), a haunting, suspenseful film that was written by her husband Phil Hay and his writing partner Matt Manfredi. It’s available on Netflix and I could not recommend it more. I’m including its trailer here, but my advice would be to watch it without knowing anything about it.

Kusama has also directed several TV episodes, for shows like The L Word, The Man in the High Castle and Billions.

To find out more about Kusama, here are some helpful links: