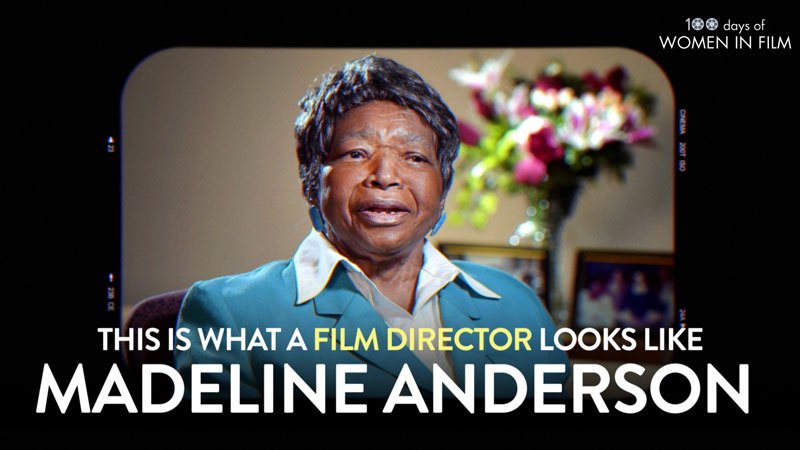 My life under lockdown has resulted in some unexpected positive developments: rediscovering the joy of cooking, exercising every day… and finding forgotten gems in my book collection.

Today I plucked out of my library the book Women and the Cinema: A Critical Anthology. I had purchased it a while ago but I don’t think I ever had time to crack it open. Until today. The essay “Notes on Women’s Liberation Cinema” by Ruth McCormick immediately caught my attention… and led me to Madeline Anderson, the first African American female documentarian. 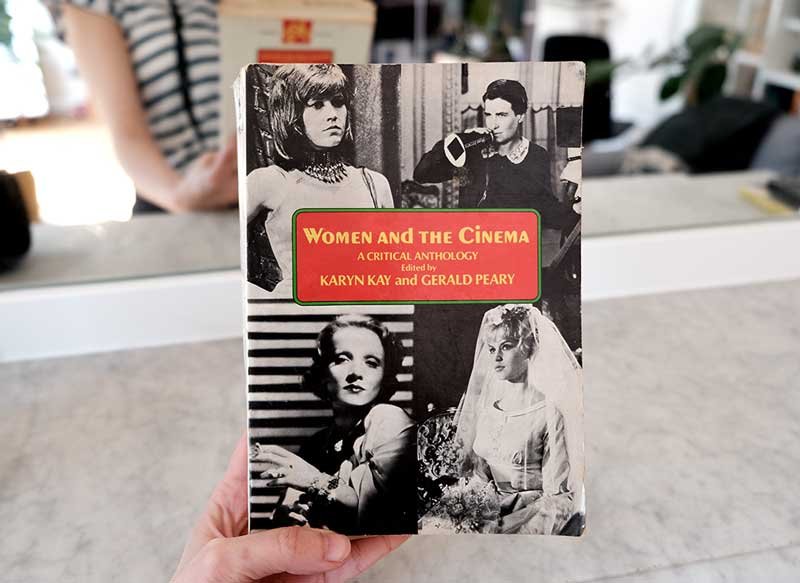 When Madeline Anderson began making films in the 1950s it was only white men making films. However, this trailblazing African-American woman had known since high school that she wanted to be a filmmaker. As an avid filmgoer throughout her childhood in her hometown of Lancaster, Pennsylvania, she very early on grew weary of seeing her people depicted only as “savages” in Tarzan movies or “lazy and shiftless” servants in other Hollywood films. She wanted to show another side of Black history, and make films about the achievements of contemporary Black Americans. In her first film as a director, Integration Report 1 in 1960 […] Ms. Anderson documented events that led up to the March on Washington in 1963 […]. She then went on to produce I Am Somebody, the first half-hour documentary directed by an African-American to be broadcast on television, as a union cardholding member, female director and editor, wife, and mother of four.

According to Anderson’s Wikipedia page, in 2015 the National Museum of African American History and Culture in Washington D.C. recognized Integration Report One as the first documentary film to be directed by an African American woman.

Anderson struggled to make and distribute Integration Report One: TV networks were not interested in the story of the civil rights struggle. Anderson ended up self-funding the film and asking for donations in order to complete it. Interestingly, documentary filmmaker D.A. Pennebaker helped Anderson, building for her a device that would allow her to film smooth tracking shots; Maya Angelou sang “We Shall Overcome” for the film, free of charge. Networks were not interested in showing the film, once it was completed. Anderson took her documentary on tour, showing it in churches and universities. The film was eventually picked up by Columbia University’s distribution outlet. The title of the film implied that it would be the first in a series of documentaries on the civil rights movement. Unfortunately, because of lack of interest by TVs and funders, no subsequent chapters were made.

Anderson’s follow-up project was the 1971 documentary I am Somebody, which I read about in the anthology “Women and the Cinema”. Ruth McCormick describes the film this way:

There have been fine films on specific issues. One example is black documentarist Madeline Anderson’s I Am Somebody (1971), an account of a militant and successful struggle by Charleston, South Carolina, hospital workers – black women – against miserable working conditions and low pay and for representation by District 1199 of the National Union of Hospital and Health Care Employees. The women show how they fought the neanderthal hospital administrators and got the majority of the Charleston black community to support their cause through marches, demonstrations and boycotts of white-owned businesses. Made for public television, I Am Somebody is superbly executed and shows the kind of gusto and working-class solidarity rare in films since the 1930s.

I was delighted to see that I Am Somebody is available for rent on Vimeo.

To find out more about Madeline Anderson’s life, check out her Wikipedia page.