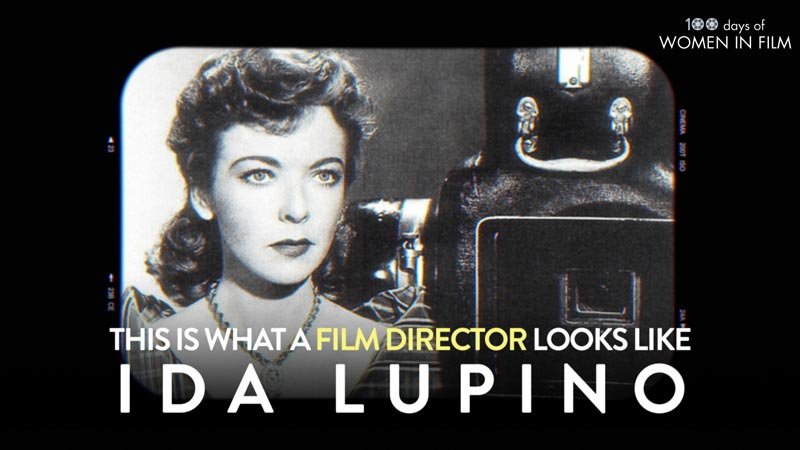 Welcome back to 100 Days of Women in Film.

Today I’d love to tell you about legendary actress and filmmaker Ida Lupino, a true trailblazer in her field.

Lupino’s life story is multi-layered and the more you dig, the more surprising and inspiring things you discover.

Ida Lupino was born in the United Kingdom in 1918, in a family of entertainers. She began her career as a stage and screen actress when she was in her early teens. Her first film role was in Allan Dwan’s film Her First Affaire, a British drama where Lupino played a teenage girl who falls for a married author. The film made her a star: Lupino began receiving lucrative film offers from Hollywood and in 1933, at the age of 15, Lupino moved there, accompanied by her mother.

Lupino acted in numerous films during Hollywood’s Golden Age. She co-starred with Humphrey Bogart in They Drive By Night, she teamed up with him again in High Sierra and her performance in The Hard Way won the New York Film Critics Circle Award for Best Actress.

At the time, actors in Hollywood’s studio system had contracts with a special clause: if an actor refused a role, they could be put in suspension by the studio. This is what happened to Lupino: she turned down several movie roles on the basis that they were “beneath her dignity as an actress.”

This is when her career took a really interesting turn: while on suspension from her movie studio, Lupino got into directing. She formed a production company with her husband Collier Young: The Filmakers [sic].

Another pivotal moment in her career was the meeting with Italian Neorealist director Roberto Rossellini at a party in the late 1940s. According to Alicia Malone’s book Backwards and in Heels:

At the party, Roberto talked to Ida about the difference between European and American cinema. ‘In Hollywood movies, the star is going crazy, or drinks too much, or he wants to kill his wife,’ he said. ‘When are you going to make pictures about ordinary people in ordinary situations?’

Between 1949 and 1954, Ida wrote and directed six feature films based on socially realistic topics like polio and rape. She wasn’t scared to tackle controversial stories and found her strong personality was well suited to the role of director.

A pioneer of independent, low-budget films on social issues, Lupino may have been the most prolific female director of all time: she directed seven feature films and over a hundred TV episodes.

Lupino was the second female director to be admitted into the DGA – the Directors Guild of America.  She was also the first American female filmmaker to direct a film noir (The Hitch-hiker in 1953).

Lupino had her cast and crew call her “mother”; her director’s chair read “Mother of Us All.”

Interestingly, Lupino was the only woman to direct for the iconic TV show The Twilight Zone, as well as the only director to have starred in it. The episode “The Masks” (Season 5 – I highly recommend it), which Lupino directed, became a cult classic, one of the most memorable episodes from the entire series. 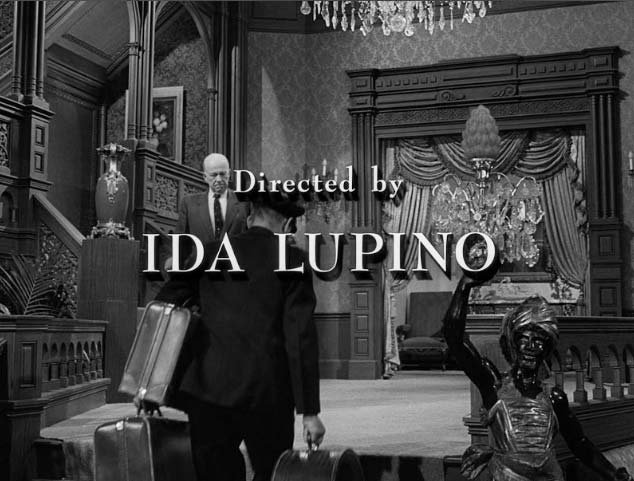 Ida has more knowledge of camera angles and lenses than any director I’ve ever worked with, with the exception of Victor Fleming. She knows how a woman looks on the screen and what light that woman should have, probably better than I do.

Lupino’s last job as director was in 1968, but she kept acting in television throughout the 1970s. She famously said, “Often I pretended to a cameraman to know less than I did. That way I got more cooperation.”

For her centenary, distributor Kino Lorber put together this mesmerizing video compilation, with clips from three Lupino films that were recently restored: