Before we dive into today’s interview, I have a quick announcement.

You may have noticed that this week new posts have been published only on Monday, Wednesday and today – Friday. This alternate day schedule feels a lot more manageable than posting every day: every new interview or profile takes about two hours to format, edit and publish… and this doesn’t take into account the daily correspondence I have with inspiring women in film that I want to include in new posts. 90% of my email inbox these days is filled up with correspondence about the project. It is turning into a part time – albeit unpaid – job! No complaints here, it brings me so much joy to put the spotlight on inspiring women in film. I just need to dial down the schedule to something more manageable. So, Mondays – Wednesdays – and Fridays feels a lot better… while on Tuesdays, Thursdays, and the weekends I can devote myself to emails, establishing contact with women I’d like to interview and following-up with them. I ultimately want this side project to feel joyous and not a chore. And this feels like a better fit.

And now, without further ado, let’s discover who the woman of the day is.

I’ve had the immense pleasure of getting to know Valentina in real life and I’m constantly inspired by her talent, moxie and indomitable spirit. Her career has been on an upward trajectory: Valentina was recently selected by the ASC Vision Committee (that’s the American Society of Cinematographers) for its prestigious ASC Vision Mentorship program. Recent work include The Barrymore Project starring Jodie Foster; 3 Days Rising starring Mickey Rourke and Ice-T; the Netflix original series Gypsy starring Naomi Watts and the Planned Parenthood campaign UNSTOPPABLE.

Fully fluent in English, Italian and Spanish, Valentina Caniglia holds Italian and American citizenship and has been working in international productions since the start of her career.

Before we begin the Q&A, I invite you to watch Valentina Caniglia’s cinematographer reel: 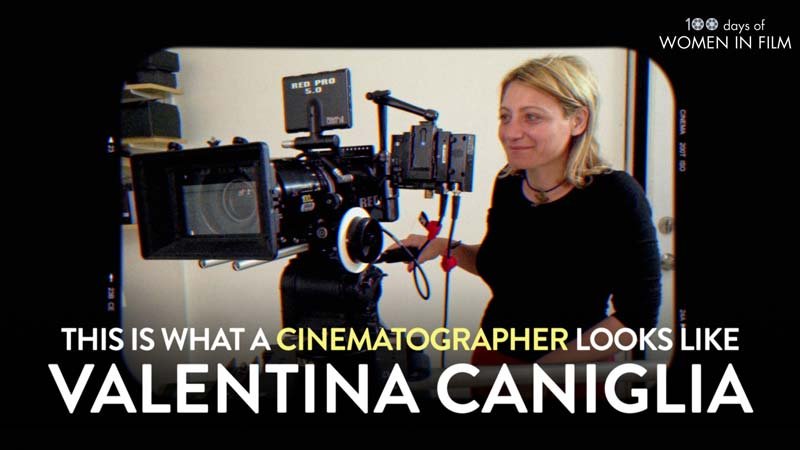 My name is Valentina Caniglia and I am an award winning cinematographer.

Some highlights from my film work, that I’m really proud of:

At the beginning of my career I filmed a Palestinian narrative feature film: Pomegranates and Myrrh. It had its US premiere at Sundance, it won the audience award at Tribeca Doha Film Festival and the Golden Dagger award for Best Cinematography at the Muscat Film Festival.

More recently, I was very proud of working as cinematographer on short narratives like Madeline’s Oil, The Stand, Fire in Water (for which I won best cinematography at the Los Angeles Film Awards and Female Rock Festival), R4CH43L, and Without Grace with Ann Dowd.

I am also proud of a feature film called Fred Won’t Move Out with Elliott Gould, and the Netflix original series Gypsy with Naomi Watts.

Because of the pandemic this year, the feature film Tape (with Isabelle Furhman) on which I worked as cinematographer didn’t have a theatrical run, like it was supposed to, but it had a virtual release instead.

What inspired you to become a cinematographer?

I was inspired mostly by art – like paintings, comics books and stories of books. Every time I read a book I loved, I would close my eyes and picture in my mind the scenarios of the book’s description… to create the lighting, frame, and camera movement in my mind.

When I was a child I had a Kodak camera that I bought with my savings and later a Nikon camera, which I used to express my feelings. 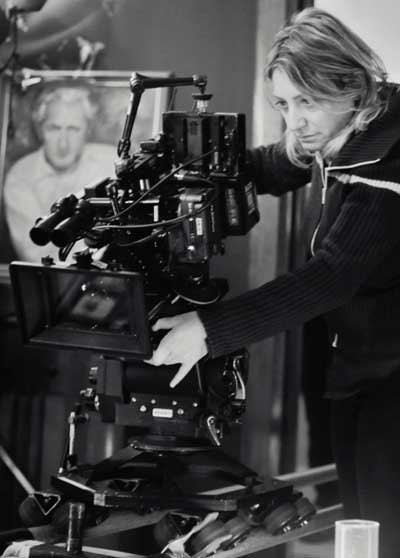 I would always say to take risks and be ready to face all situations, therefore be ready to capture the stories with all levels, with different layers and dimensions. Also to embrace the freedom to be able to film both ultra low budgets film and bigger budgets.

Love and Anarchy by Lina Wertmuller, The Piano by Jane Campion, Vagabond by Agnes Varda and Honey by Valeria Golino.

The best way it to visit my website www.valentinacaniglia.com and to follow me on Instagram but also to always watch the news about my cinematography on IMDb.

If you want to dig deeper into Valentina Caniglia’s career, she was featured in a 30 minute episode by ZEISS (only the most prestigious lens maker in the world!), as part of their series Full Exposure: