The general theme of this week’s profiles is: film professionals whose work is incredibly important – but unnoticed by the general public. Tuesday I ran an interview with production designer Monique Dias; yesterday it was the turn of sound designer and production sound mixer Cindy Takehara; today, I’d like you to discover the work of Anastasia Shepherd, a film colorist.

While the general public may not be familiar with this profession, film directors, cinematographers and editors know how crucial this role is. Earlier this week filmmaker and cinematographer Gabrielle Blackwood published a tweet showing what her film looked like before and after color-grading: 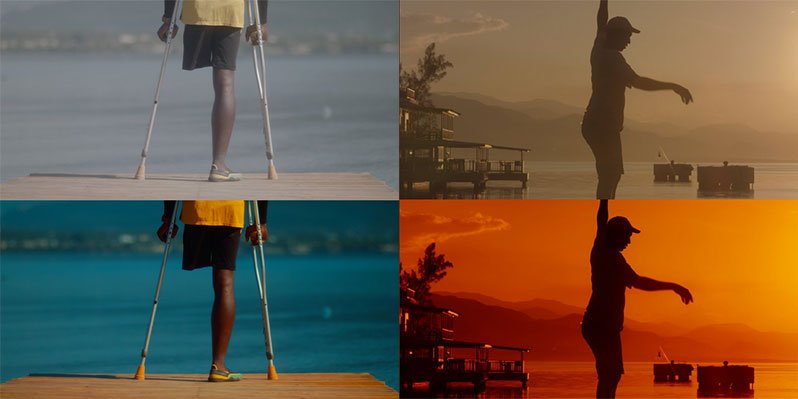 Notice how dramatic the difference is?

Let’s meet colorist Anastasia Shepherd and hear about her professional journey and influences. 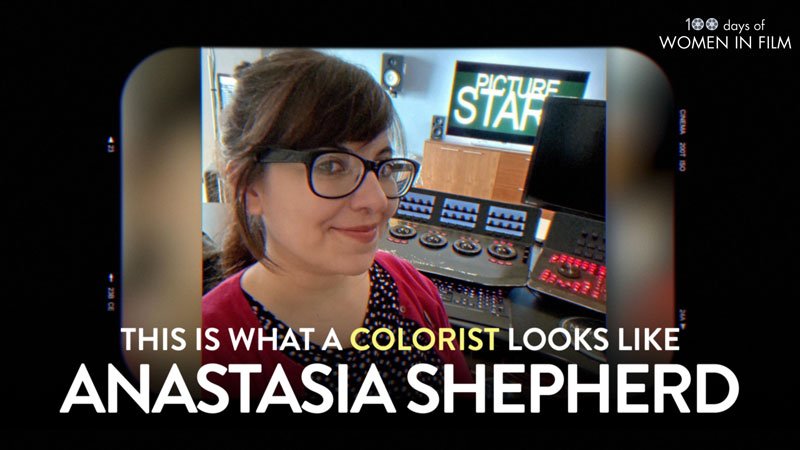 Can you introduce yourself and tell us about the project(s)/work you’re most proud of?

My name is Anastasia Shepherd, CSI and I’m a freelance colorist based in Los Angeles. I work from my home studio or from a few boutique post houses, and I have worked at some of the bigger companies like Technicolor and Company 3. I’ve worked on projects for clients like Marvel, Disney, Apple TV+, Quibi, Netflix and National Geographic, but I’m most proud of some of my indie projects, like an IMAX nature documentary called Hidden Pacific and a Kenyan film about a woman finding her way despite her unhappy arranged marriage called Subira. I love to work closely with the director and cinematographer, and you get more of a chance to do that on projects with an intimate crew. My biggest credit is on Avengers: Endgame. I dare you to try to find my name in the enormous credit scroll – even my own mom missed it!

What inspired you to become a colorist?

I’ve become a colorist mainly through chance. I studied visual art throughout my childhood and went to USC film school with the goal of becoming a cinematographer. Through a weird fluke, I landed a job as an editing professor, which led to more teaching work abroad. I was teaching editing at a college in Denmark, and one winter it was so cold that I stayed inside and taught myself DaVinci Resolve. After Denmark, I moved to Cambodia. At the time, there were no professional colorists working in the country despite their thriving film industry, so even though I was inexperienced, I was flooded with color work and did my first 3 features within a few months. I’ve been working consistently as a colorist since then, and after a lot more traveling, I moved back to Los Angeles 3 years ago.

Color grading is an extremely challenging job both creatively and technically. The colorist’s work is a bit like darkroom work in photography – enhancing mise-en-scène, focusing on important areas to the story, relighting, matching, creating a mood, striking a balance. I know that I must love it because when I’m working, I consistently enter a flow state, often forgetting what time it is or to take breaks to drink water. There are a lot of problems you get to solve in creative ways as a colorist. And at the end, the visuals are more impactful, support the story, and enhance the vision of the cinematographer. 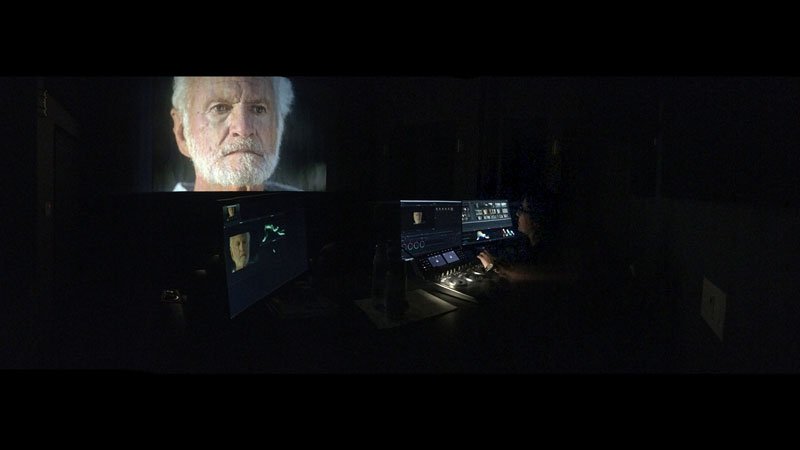 Don’t be afraid to reach out to ask for advice from more experienced filmmakers. I was always afraid I was bothering people when I was younger. Now that I have students and newer filmmakers writing to me, I realize it’s beneficial on both sides. This is especially critical for women in film. We absolutely must support each other if we’re going to move the needle towards equality in our industry.

I also think it’s important to enter the field you wish to be in, even if there is no one who looks like you in it. There aren’t official statistics of how many colorists are white men, but diversity is almost nonexistent and female colorists are very rare. It’s important not to be discouraged, and to work hard to become the role model you wish you had.

There are some great resources for colorists now, like the Color Grading Meetup, the Colorist Society International, the Blackmagic Collective, and frequent classes and webinars from all of the top color grading software platforms. I think the key is a mix of self-taught learning online, learning from established colleagues, and doing as many projects on your own as you possibly can.

Lynne Ramsay is one of my favorite directors. Her films are all about images, impressions, and moments instead of the typical transparent act structure. Images from her films have stayed with me for years and have changed how I see the world. She uses color to support storytelling in her films in a way no other director does, for example red in We Need to Talk About Kevin. It’s my dream to work with her someday.

I just finished watching the Netflix miniseries Unorthodox, which is directed by Maria Schrader. I found it extremely moving and beautifully directed, I highly recommend it.

What can we do to check out/ support your work?

In solidarity with other women in film, I offer discounts on my services if your film’s director or cinematographer identifies as female/GNC.

I encourage directors and cinematographers to reach out with any color questions – I like to be a resource and I have a wide network of colorists to recommend for any type of project.

Thank you Elena for this inspiring project! It’s an honor to be included.