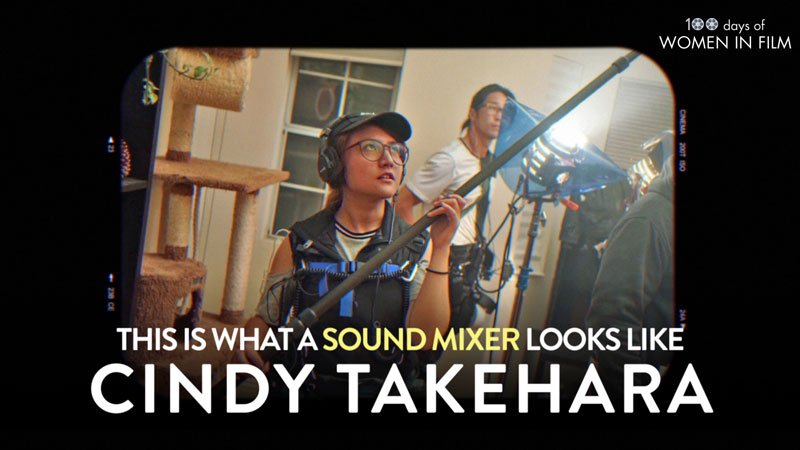 One of the things I love the most about filmmaking, of being on set, is that when you’re shooting a scene, all your senses are heightened: you suddenly pay extra attention to things that ordinarily, in real life, you mostly take for granted. How does the light filter through the windows? How fast is the sun moving? How do we block out natural light in this apartment and recreate it using film lights? And how about sound? Is traffic from the street too noisy? Can we hear speeding cars and scooters zooming by?

I suspect that people that don’t work in film or television, when they think of film professionals, they might picture actors, directors, cinematographers, producers… maybe editors. But boom operators, production sound mixers and sound editors (just to name a few professions in audio) are also vital, absolutely key to any film or television production. I can attest, from first hand experience (from my early days in low budget filmmaking) that a gorgeously shot interview with a terrible audio quality is pretty much unusable.

In my fifteen years of working as a documentary director and producer, I’ve often noticed how sound production and post-production are fields that are male dominated. To an almost extreme degree. This is why today I’m absolutely thrilled to bring you this interview with Cindy Takehara, a sound designer and production sound mixer. Special thanks to director Jessica Sherif for connecting me to Cindy.

Before we begin the Q&A, I thought it was important to explain what Cindy’s job entails – for those of you who do not work in film.

From Cindy Takehara herself, here is a description of her various roles:

A production sound mixer is responsible for recording the dialogue or any sonic elements that happen on set that are practical for the film, including but not limited to sound effects, live music, ambiance or room tone. We are also in charge of communicating with the director and other department heads during pre-production, setting the technical standards to pick the right tools and equipment for the sound department to use during the principal photography.

The role of the sound designer is to conceptualize the sonic aesthetic of a film and design its soundscape to help the narrative and theme of the film; to better engage the audience to the story. We work closely with the director and other sound department teams to build the sonic world for the film.

And now, without further ado, here is my Q&A with Cindy Takehara. 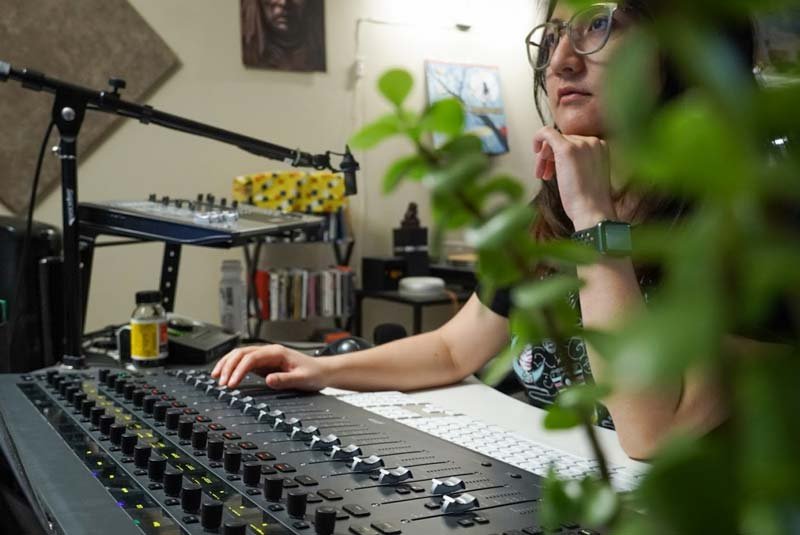 Can you introduce yourself and tell us about the project(s)/work you’re most proud of?

My Name is Cindy Takehara, I’m a sound designer and production sound mixer. I was born and raised in Tokyo, Japan. I’m also half Colombian and lived in the capital city, Bogotá, for almost 10 years. This is almost my 5th year living in Los Angeles and it’s been a great pleasure working with amazing creatives from all over the world.

There’s one project that holds a special place in my heart called Life After: A Story of Unexpected Friendships & Random Sh*tstorms, directed by Irene Nam. It’s a heartwarming documentary that tells the story of four women who bond over the sudden loss of their children. It was beautifully shot by the cinematographer Daphne Qin Wu, and I was the sound recordist and sound designer. We filmed these women reuniting in the city of Philadelphia, each of them shared their memories, griefs and their journey to overcome them. I was so grateful that they trusted us to share their stories, and witnessing their unconditional friendship was inspiring.

What inspired you to work in sound?

It all started with my interest in arts and technology, and how sound engineering was the perfect combination of it. I studied music and recording arts, and I’ve always found the power of music and sound and their connection to human emotions and imagination fascinating. Then, my interest shifted to filmmaking the first time I saw the behind the scenes making of The Lord of the Rings. I was astonished to see all the arts and crafts involved in filmmaking and I learned how the role of sound takes a huge part in it. I started working for short films and animations, and the more I dove into the world of filmmaking, the more reassured I felt that I wanted to make movies. I wanted to help tell these amazing stories, creating an imaginary world and inspiring people.

Recently, I’ve been discovering documentary filmmaking and it has been quite a spiritual journey. There are so many people in the world with inspiring stories to tell, and I find it very rewarding being able to help tell their stories with sound; trying to recreate their world, their memories, and their emotions.

To my younger self, I would tell her to stop making herself small. That no one has everything figured out. Stop worrying about things you cannot control, and it’s okay to ask for help!

On a different note, for those looking to pursue a career in filmmaking, I’d advise getting field experience as much as possible, either by being on set as a production assistant or by getting an internship in a studio. Expose yourself to the filmmaking world, network as much as you can, and learn as much as possible from every experience. It is also important to know that no matter what role you have or what stage in your career you are in, never stop learning, stay informed, and don’t be afraid to ask a peer for advice.

If your passion is sound for film, I would also recommend joining a professional audio organization such as AES (Audio Engineering Society), MPSE (Motion Picture Sound Editors) or CAS (Cinema Audio Society). These organizations hold and sponsor many seminars, mixers, and events where you can meet many professionals in the field, ask questions and learn from them.

Anna Behlmer and Lora Hirschberg. I read somewhere that in the history of Academy Awards, there have been only 16 nominations for best sound mixing for woman mixers; there were so few of them in the past. Anna Behlmer has been nominated 10 times, and Lora Hirschberg is the first woman to win an Oscar for Best Sound mixing, for Inception. Both of them made their career in a field that has long been male-dominated, and that has motivated and encouraged me to work harder!

Recently I watched 37 seconds by the writer/director Hikari. It’s a beautiful and inspiring film I would recommend everyone to watch it!

What can we do to check out/support your work?

You can watch my recent work on Netflix and Amazon Prime!

Other works can be found on my website: www.cindytakehara.com