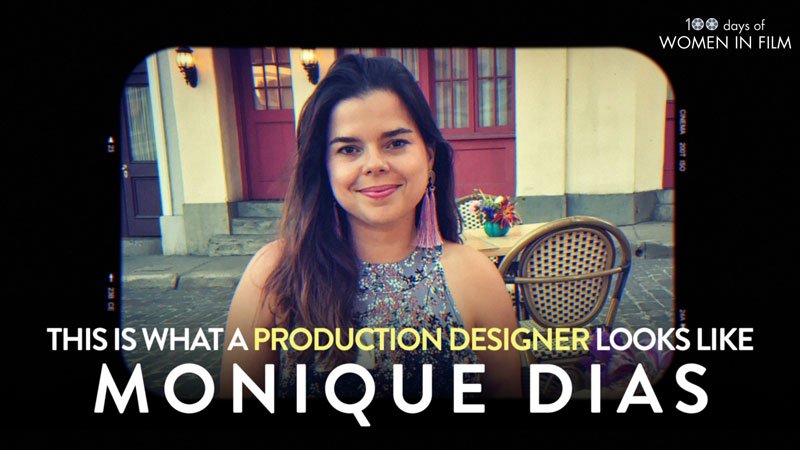 Can you introduce yourself and tell us about the projects you’re most proud of?

Hello! I’m Monique Dias and I am a Production Designer. I’ve been working in film for the past 8 years. Prior to that I got an undergraduate degree in Media Arts from The University of Arizona and a master’s degree in Production Design from The American Film Institute. I got into filmmaking by way of theater. I loved acting and performing as a kid, and it translated into loving the behind-the-scenes work of being a crew member. I specifically found my way into production design because I have always loved architecture and decorating and was considering studying that. Production Design really combined two things I truly loved to do, so it was an easy path to choose.

There are two projects that I am currently very proud of.

The first is a series I worked on last year called Light as a Feather. It was a 16 episode shoot that I worked on for about 3 months. We shot an episode every 4 days, and our small but mighty design team was able to create over 150 sets for less than $8,000 an episode. The series was shot in 3 different cities, so our set decoration team was racing around town like mad men trying to prep sets, wrap sets, do pick ups, do returns and shop for future sets… all in one 12 hour day. They were beasts. Our props department had to construct several custom pieces, including a book of photorealistic drawings of each character. Our art director, Jessica Shorten, was amazing, handling tons of clearances, managing graphics, and tracking our budget and progress along the way. We occasionally got to bring on a tiny construction team to build some cool sets and set pieces as well as a scenic painter who added some great detail to several of our sets. And we did it so quickly, without a lot of prep time, as our scripts were consistently held up (our small but mighty writers team had a lot on their plate as well). I’m proud of the look we achieved, yes. But I’m also very proud of the amount of work we were able to accomplish despite the tight budget, quantity of sets and the travel time it took to get places.

The second project is a low budget feature called Continue. Our director, Nadine Crocker, wrote a very beautiful and personal story about mental health, suicide and overcoming the obstacles life throws at you. I loved the story and felt passionate about making the project, and I’m so grateful that I took the job. I really love the look we created and the sets we designed. Our team was lovely and worked so well together. I don’t think I’ve ever worked with a more cohesive and hardworking crew. It was just a satisfying project all around. The movie is currently in post, and I can’t wait to see the finished product.

What inspired you to become a production designer?

When I was a kid, my parents built several houses. I remember that, as the framework would go up, my dad would take me to the construction site and we would walk around the house to check it out. I though it was amazing to see how these structures were put together, and I was fascinated by floor plans of all things.

I was also a very shy kid. My parents made me take dance classes and skate classes, and I would cry before I had to go. But they kept pushing me to be social and find the thing I loved most. At some point I took an acting class at a local community theater, and I was hooked. I always loved reading (Harry Potter nerd), and theater was a new way for me to tell stories. At that same time, I started watching movies pretty seriously. I loved Indiana Jones and The Mummy. I very seriously considered becoming an archaeologist, mainly because I love history and discovering how we all were in the past. However, my brother’s best friend would make films all of the time for fun, and a lightbulb went off in my head that I could make films too. So I mashed up all of my loves and decided to go to film school.

Like most students, I went in assuming I would be a director, but I quickly learned that directing was NOT for me. I started designing my friends’ movies instead, and I really loved it.

Over the years, I’ve realized how everything I’ve ever loved doing coalesced perfectly into Production Design – reading, storytelling, architecture, decoration, history and antiquities. It all keeps adding up. So being a designer, well, it just feels right. 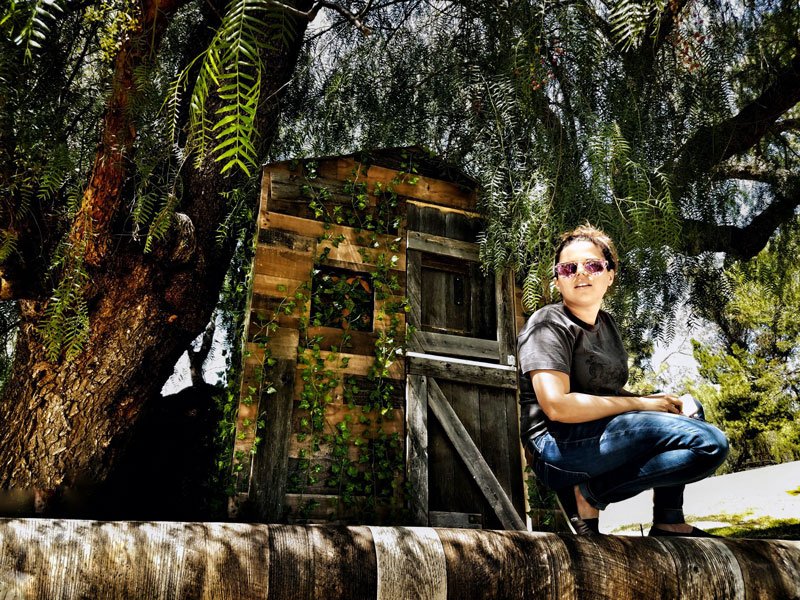 Most of my work can be found on streaming services. A lot of my shows are on Hulu, including Light as a Feather, Zac and Mia and Guidance.

Foursome is on YouTube Red. The rest can be seen or rented through Amazon.

I also keep a professional Instagram with my Set Decorator and work wife, Esmeralda De La Cruz. We post photos of the sets we’ve done and behind-the-scenes photos of projects that we are currently working on.

Special thanks to Jillian Corsie for introducing me to Monique!