Day 20/100 of 100 Days of Women in Film (wow, we’re already 1/5 of the way through!) puts the spotlight on Scottish director & screenwriter Lynne Ramsay, best known for her haunting films We Need to Talk About Kevin (2011) and You Were Never Really Here (2017). 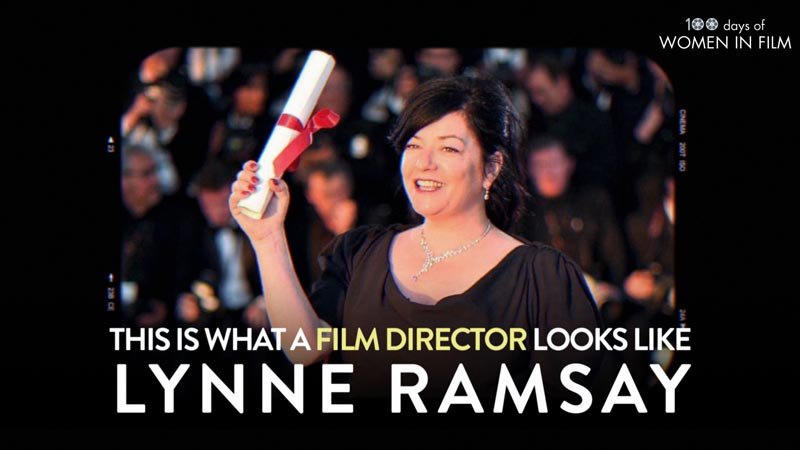 I remember watching the beginning of You Were Never Really Here on a plane last year and being so mesmerized and impressed by it, that I decided to stop and wait until I could watch the film from home, on a big screen, to do it justice.

Every Frame a Painting: The poetry of Lynne Ramsay’s films

For this entry of 100 Days of Women in Film, I’d like to do things a little differently: instead of giving you a biography of Ramsay and excerpts from her films (like I have done for previous filmmakers), I’m inviting you to watch a video essay about her, from the (now defunct) YouTube channel Every Frame a Painting.

What can one detail tell us about a scene? If you’re Lynne Ramsay: absolutely everything. Today I consider the poetic possibilities of cinema and one of our finest contemporary filmmakers.

Here is Lynne Ramsay’s impressive filmography thus far (I’m only mentioning her feature films; for the full list of features and shorts she directed, I encourage you to visit her IMDb page).

Her films have accrued dozens of film award nominations… and 40 wins.

Yesterday on Twitter I noticed a message that was making the rounds: it encouraged Twitter users to click on a GIF that had a quick succession of film credits, from 23 film directors. When you hit “pause” you’d get the name of the director that would make a film about your life. Only problem: 23 out of the 23 directors featured were men. 100%. I knew I had to do something about it and create a version with female directors: 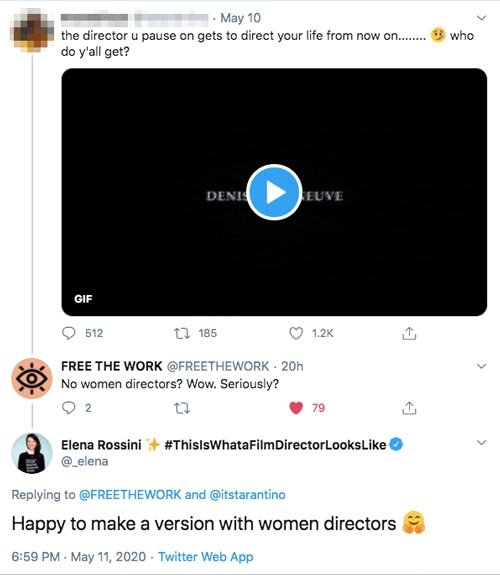 You can play the directors game on my Twitter page.