Today 100 Days of Women in Film celebrates the work of cinematographer Daphne Wu (The Sunshine War, Tourbillon, The 5th Ward).

So far, Wu has served as cinematographer on 11 narrative features, 2 documentary features as well as a plethora of short films, music videos and fashion videos.

Special thanks to former interviewee Cindy Takehara for making the intro! 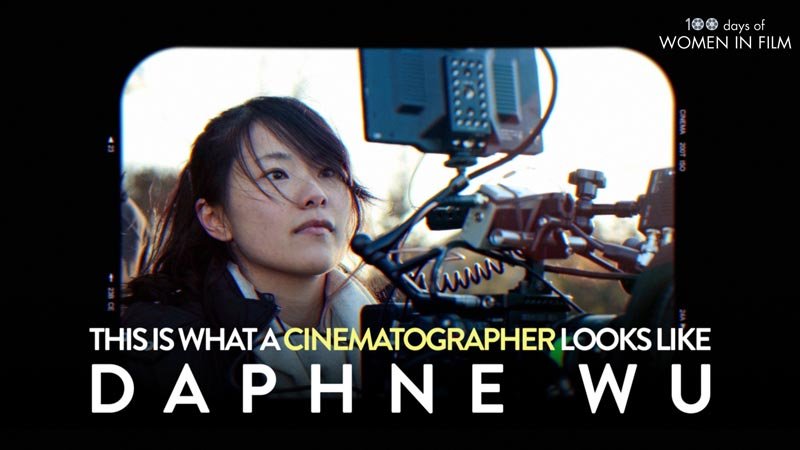 My name is Daphne Wu and I am a cinematographer. I was raised in China, Singapore, and Texas, and now I’ve lived in Los Angeles longer than I’ve lived anywhere else, so call me an Angeleno!

The bulk of my work is narrative, and my favorite project recently is a feature film I shot last year: Grasshoppers (2021), directed by Brad Bischoff.

It’s a love story and a day in the life of a couple roaming the palatial homes and grounds of their neighborhood, through what we consider the end-all of the American dream.

The film was produced by Lisa Rudin and Justin Nijm and stars Saleh Bakri and Iva Gocheva. We filmed last spring in Barrington, Illinois and had all sorts of adventures in creative problem-solving to bring the story to life with our budget limitations.

Our small but mighty crew carried us, and I’m so grateful I had the opportunity to work with them! Amongst them: Gaffer David Keyser, Key Grip Chris O’Malley, 1st AC Isabella Norton, Steadicam Op Kevin Veselka.

What inspired you to become a cinematographer?

I read a lot as a kid and loved living in different worlds and different stories.

That led me to film school at USC, and the production course there makes you try almost every department before you can specialize in anything. Once I hit cinematography I knew this was it.

I love everything about it, from the actual craft of visual storytelling to being on set to the traveling lifestyle.

It’s a career version of what I wanted as a kid – you live in these different stories and characters, a few months at a time.

You have a hand in the technical details: the lighting and blocking in everyday execution, but also the overall forest: tonally, emotionally, how an audience is guided through the story through the visuals. 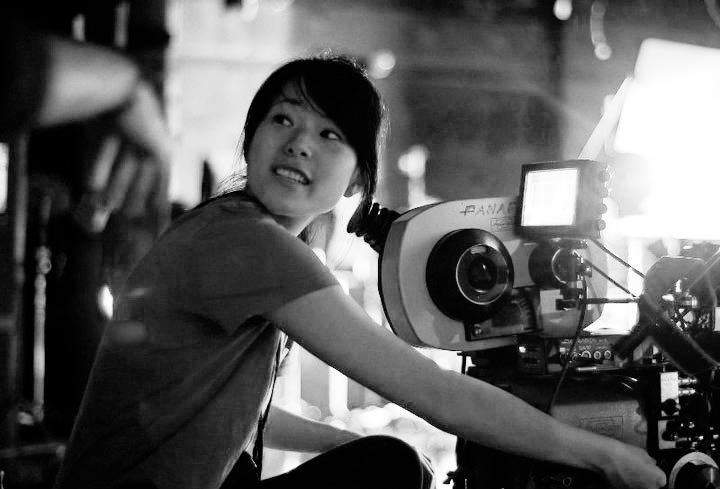 What is the best piece of advice you’ve ever been given as a cinematographer?

Several people have said this to me over the years: failing as much as possible as an artist, and being unafraid to fail is the best thing you can do for your career.

Oftentimes trusting your instincts and being confident in your ideas is best – there will always be creative risks that work out better than others but being unafraid to take that risk is a vital part of growing as an artist.

And really storytelling is so subjective – if you are the cinematographer on a film it means that there’s something about the way you shoot, the way you light, the way you tell a story that resonated, both ways, at the beginning between you and the director and script.

What are your favorite films by women directors – that you’ve watched recently?

I recently rewatched Fish Tank (2009) by Andrea Arnold, and it’s still one of my favorite films!