Day 22 of 100 Days of Women in Film celebrates the work of American cinematographer and director Nadia Hallgren. Netflix has just released her latest film: Becoming, an intimate, behind-the-scenes look at the life of former first lady Michelle Obama, as she embarks on her 2019 book tour. 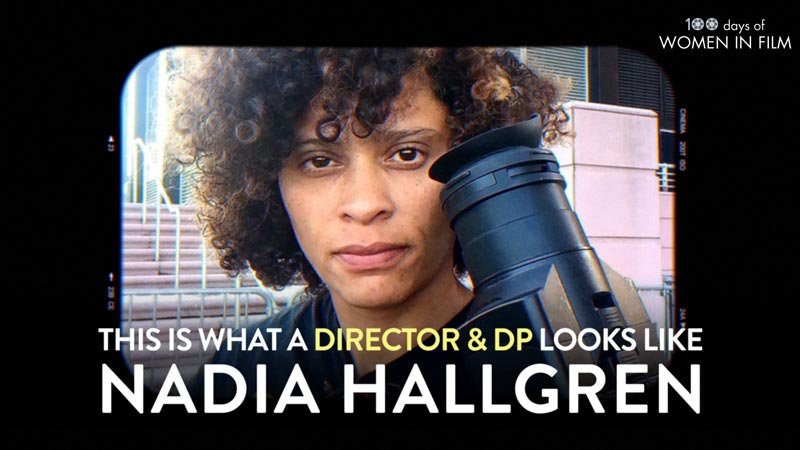 Nadia Hallgren has worked as a cinematographer on more than 30 documentary projects over the span of a 15 year career.

She has also directed 4 documentary shorts as well as the miniseries She’s the Ticket, which captures stories of pioneering female politicians running for office (including, most notably, Stacey Abrams).

Here is the project’s synopsis:

Since the election of Donald Trump, there’s been a new wave of women running for political office. We follow five female candidates who are jumping into everything from gubernatorial showdowns to city-council races, getting inside the fascinating, difficult, and inspiring process of campaigning.

You can watch the entire miniseries on Topic’s YouTube channel.

Becoming is Hallgren’s first feature as a director (and she was also the cinematographer for it). The film was produced by Barack and Michelle Obama’s Higher Ground Productions company, which had signed a multi-year agreement with Netflix.

Women & Hollywood recently ran a superb interview with Hallgren, on the subject of her latest film.

What stood out to me the most was this part:

Mrs. Obama surrounds herself with an incredible team of strong, talented, powerful women who have uplifted her, and in turn, she does the same.

In my experience, when I started out working in film, it was mainly women who encouraged me, who hired me, who put me on the forefront in positions that they knew I was ready for in some ways I didn’t think I was prepared for yet. When I met Mrs. Obama, she just had an incredible belief in me even though it was my first feature.

You can read the full interview on Women & Hollywood and watch Becoming on Netflix.