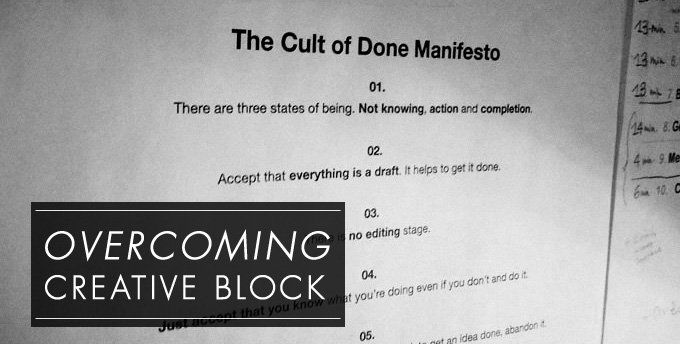 Confession: these past two weeks, I’ve experienced many episodes of creative block – a film editor’s version of writer’s block, if you will. I would stare at my Final Cut Pro timeline, totally paralyzed by fear and overwhelmed by the task ahead, unable to do anything.

Trimming down single interviews for my feature-length documentary “The Illusionists” has been easy. Ditto for lifting and pasting interview clips into the “final” film timeline. What has me completely blocked is the thought of putting together a film demo / fundraising trailer – a 6-8 minute clip that presents the film and makes a persuasive case for future sponsors/donors to invest in it. I have to cull the strongest clips from dozens of hours of interviews, a thousand stock footage clips (ads, music videos, you name it), and hundreds of print ads. According to Fernanda Rossi – aka “The Documentary Doctor” and the Guru of fundraising trailers – the first minute of the clip is the most important one. And I wonder, “Where do I start?”

So this week I’ve resolved to tackle head on my creative block. Two things have helped immensely: reading over and over “The Cult of Done Manifesto” and listening to an Ira Glass speech about storytelling.

The Cult of Done Manifesto

“The Cult of Done Manifesto” is a productivity manifesto put together in under 20 minutes by Bre Pettis and Kio Stark. It elucidates in 13 points how to get things done, overcoming creative block, perfectionism, and procrastination.

1. There are three states of being. Not knowing, action and completion.
2. Accept that everything is a draft. It helps to get it done.
3. There is no editing stage.
4. Pretending you know what you’re doing is almost the same as knowing what you are doing, so just accept that you know what you’re doing even if you don’t and do it.
5. Banish procrastination. If you wait more than a week to get an idea done, abandon it.
6. The point of being done is not to finish but to get other things done.
7. Once you’re done you can throw it away.
8. Laugh at perfection. It’s boring and keeps you from being done.
9. People without dirty hands are wrong. Doing something makes you right.
10. Failure counts as done. So do mistakes.
11. Destruction is a variant of done.
12. If you have an idea and publish it on the internet, that counts as a ghost of done.
13. Done is the engine of more.

A printed copy of the Cult of Done Manifesto has been in front of my eyes, on my office wall, for over two years now. It’s not something I previously ignored. I’m well aware of it. Thing is, sometimes my creative block comes from fear of failure. And the best antidote to it is listening to this galvanizing speech by Ira Glass of This American Life:

Ira Glass on Storytelling from David Shiyang Liu on Vimeo.

And the thing that I would say to you with all my heart is that most everybody I know who does interesting creative work, they went through a phase of years where they had really good taste, and they could tell what they were making wasn’t as good as they wanted it to be. […] It’s totally normal, and the most important possible thing you could do, is do a lot of work…

Something else that personally helps me – whenever I’m experiencing doubts/creative block – is to watch something I have done, which I’m proud of. It gets me into a positive state of mind, thinking: “See, you’ve done that before, you’re perfectly capable of doing it again.”

And now… I must go do some editing.